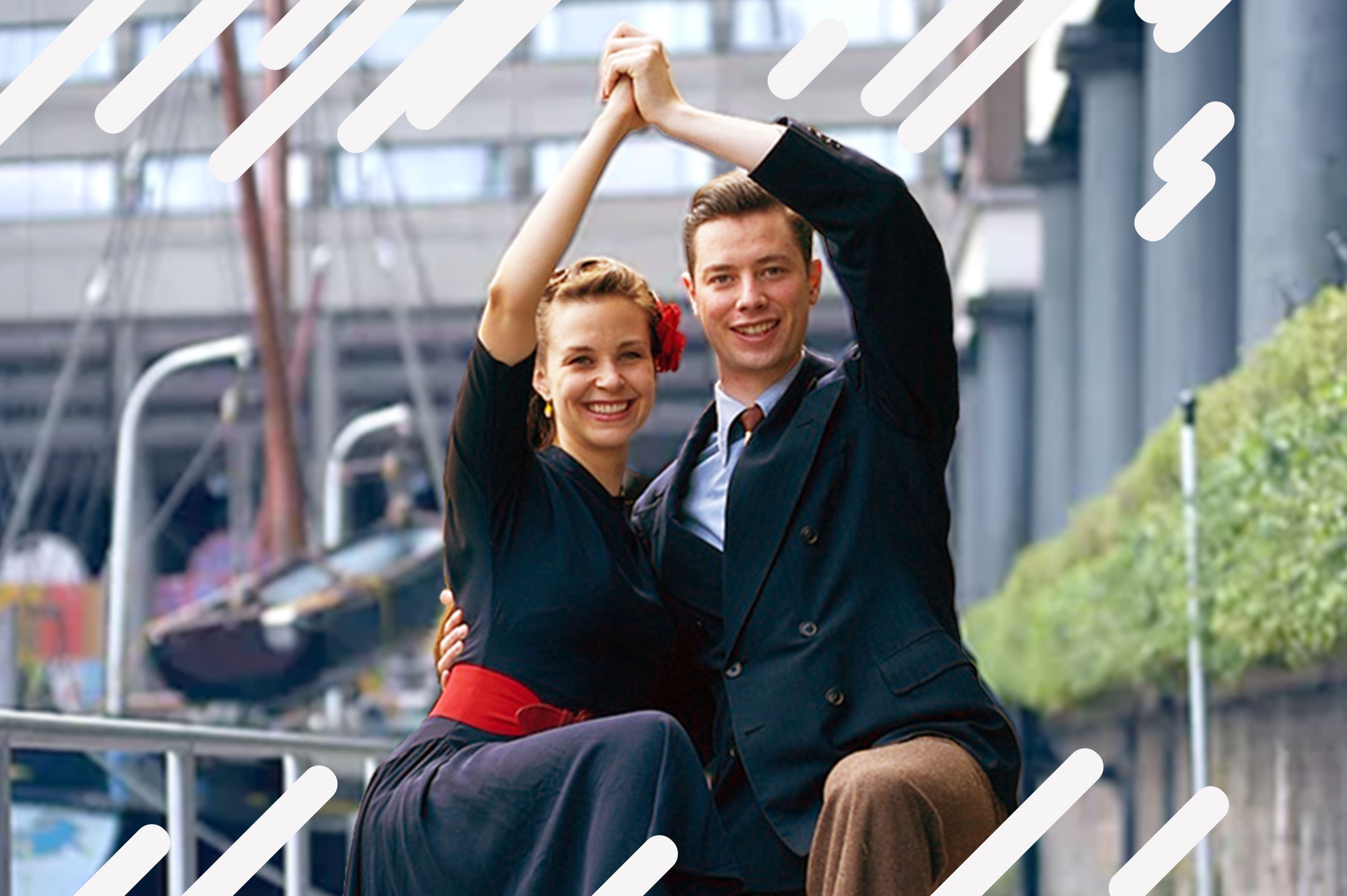 Frances “Fancy” Dougherty Hailing from Los Angeles, California, Fancy fell in love with Jazz, Lindy Hop and Shag in 2008. She’s been hooked ever since, devoting herself to the technical mastery of historical dances and her own unique style. She has appeared in music videos, and been on numerous television shows for the US, Mexico and France.

She currently lives in Paris, where she teaches swing locally with partner Alex Dreyer. Fancy holds titles in Fast Lindy and Shag. She was nominated for the California Swing Dance Hall of Fame in 2014 and is the four-time Shag champion (2010, 2011, 2012 and 2014) of the National Jitterbug Championships with Shag partner Steve Sayer.

Patrick O’Brien has been dancing since 2011 and has been actively involved in driving the Shag revival in Europe, teaching weekly classes, international workshops and performing and was also part of the Euro Shag team. He can be seen shagging up a storm on London’s and Europe’s dance floors. Patrick’s teaching style is characterized by breaking down moves to the core and then building them up step-by-step so you can conquer even the hardest sequence.  Focusing on a strong follow-lead connection he aims to create a relationship between the partners and express individual styles and characters of each dancer. Mostly inspired by the old-timers and the old-school scene in Los Angeles, his style is smooth and elegant. He loves
coming up with new moves and giving them names such as the ‘Cinderella turn’ or ‘Tumble dryer’.

Register now for the Swing Splash 2020 in Merano! Click here